ToF is an emerging measuring method with great potential

ToF is an emerging measuring method with great potential. The powerful ToF application comes from the depth information of each pixel.ToF cameras use modulated light sources (such as lasers or LEDs) to actively illuminate objects, and then use sensors sensitive to the wavelength of the laser to capture the reflected light to measure distance.The sensor measures the time delay ∆T from when the camera emits light to when the camera receives the emitted light. The time delay is proportional to twice the distance between the camera and the object (round trip); therefore, the distance can be estimated as depth = cΔT/2, where c represents the speed of light. The main job of a ToF camera is to estimate the delay between the emitted light signal and the reflected light signal. There are many different methods for measuring ∆T, of which continuous wave method and pulse are the two most commonly used methods. 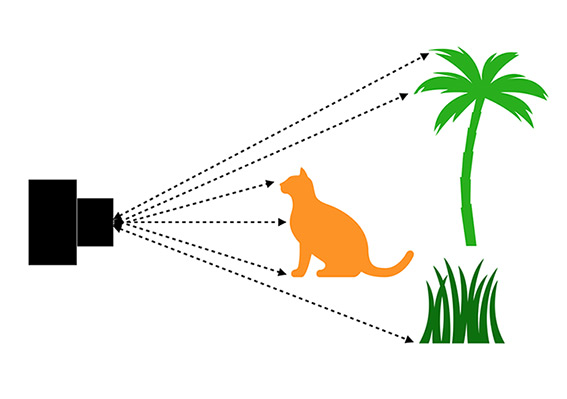